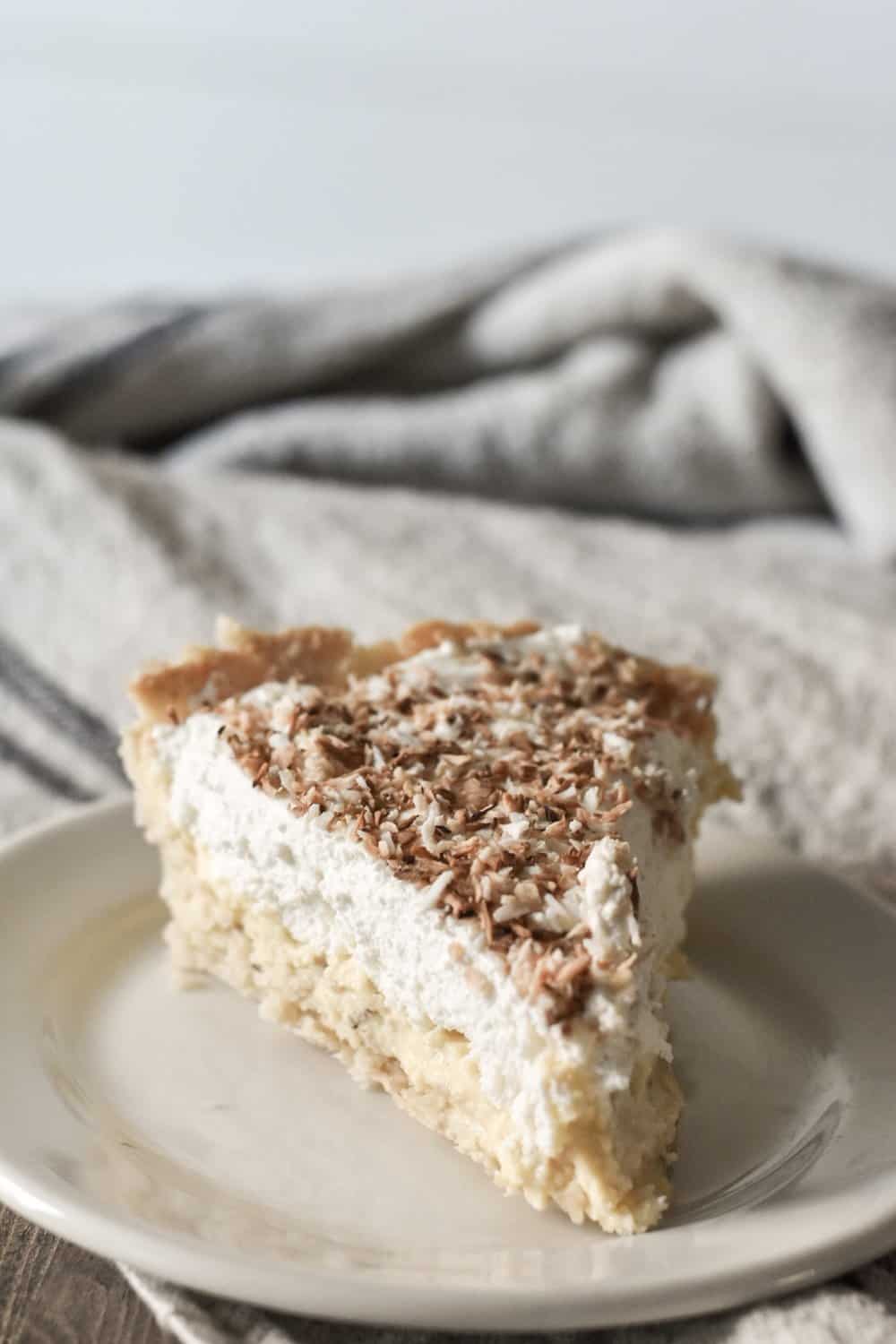 I love the health benefits that I have seen since starting a sugar free, low-carb lifestyle. The hardest thing to give up was desserts, especially my favorite pies. Coconut cream pie is at the top of my pie list and I finally feel like this recipe is perfect enough to share.

This pie takes time to prepare, so plan in advance and I promise you that it will be worth it! There are a couple steps to making this pie that you need to know how to do, and I will share those instructions first.

HOW TO SEPARATE EGG WHITES AND THE YOLK

This pie calls for separating six egg yolks from the whites. This is a very simple process and I have found that using a stainless egg separator works the best. It is the least messy way to get the egg yolks and white separated.

I hold the egg separator in one hand, crack the egg on the edge of the bowl, and dump the egg into the separator. The yolk will stay in the top part while the whites go through the cracks.

Be careful to not crack the egg yolk when you are cracking the egg. You want the yolk to stay together so that it doesn’t go through the crack with the whites. 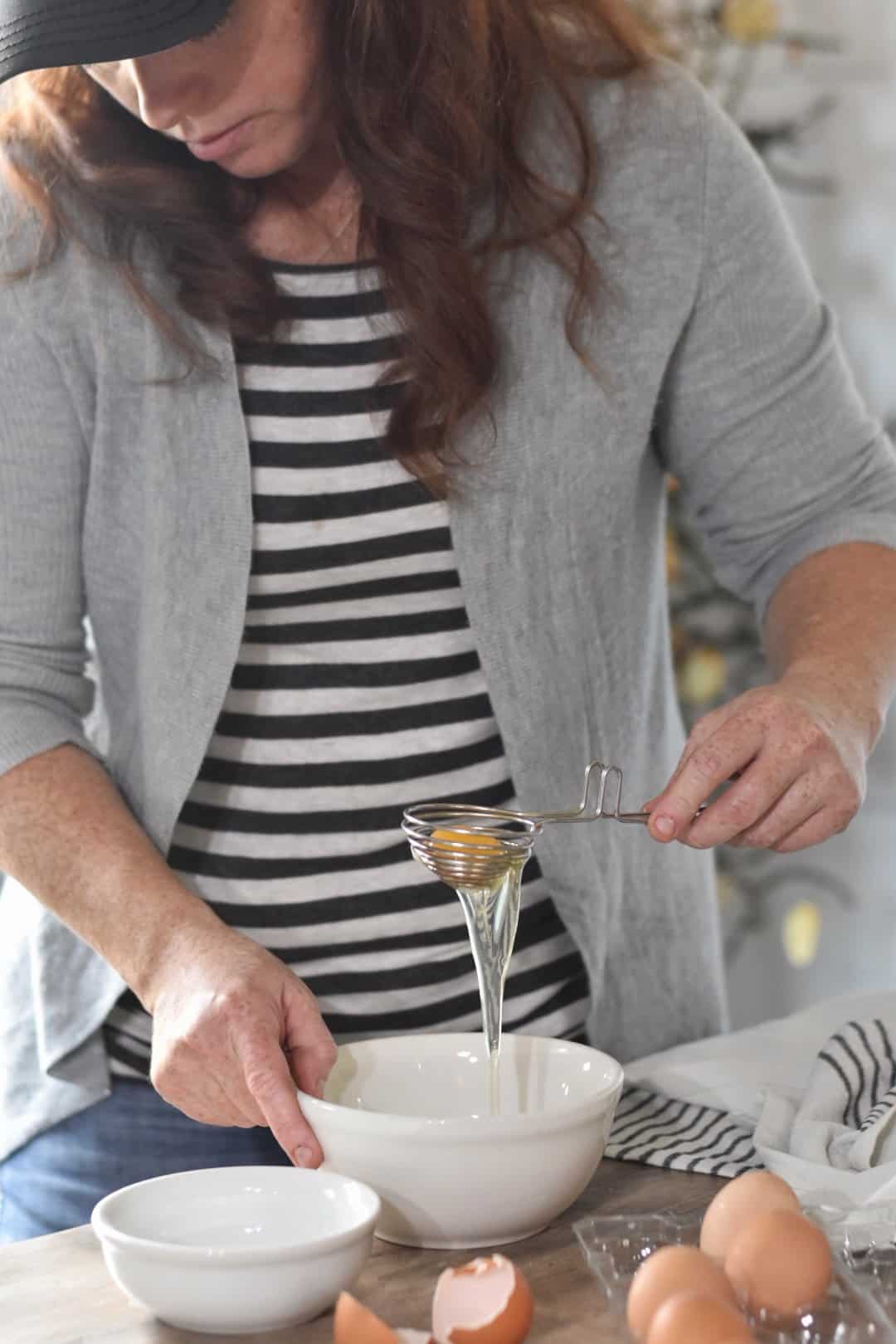 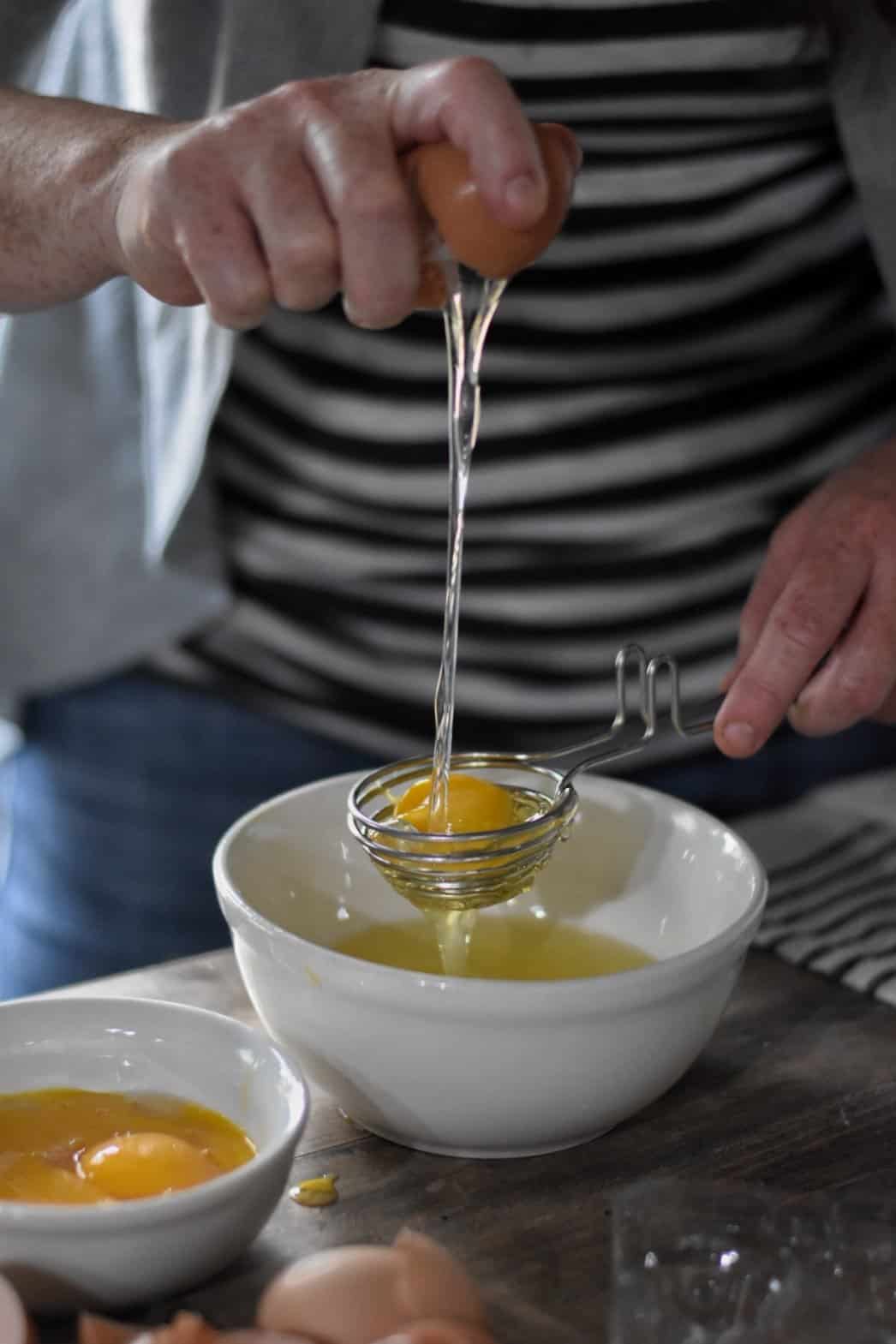 Part of making the coconut cream pie involves toasting the shredded coconut. This can be done in an oven but I prefer to do on the stove top, in a cast iron skillet.

If you have never used cast iron skillets and would love to learn how, please read this post, How To Properly Season and Care for Cast Iron Skillets. 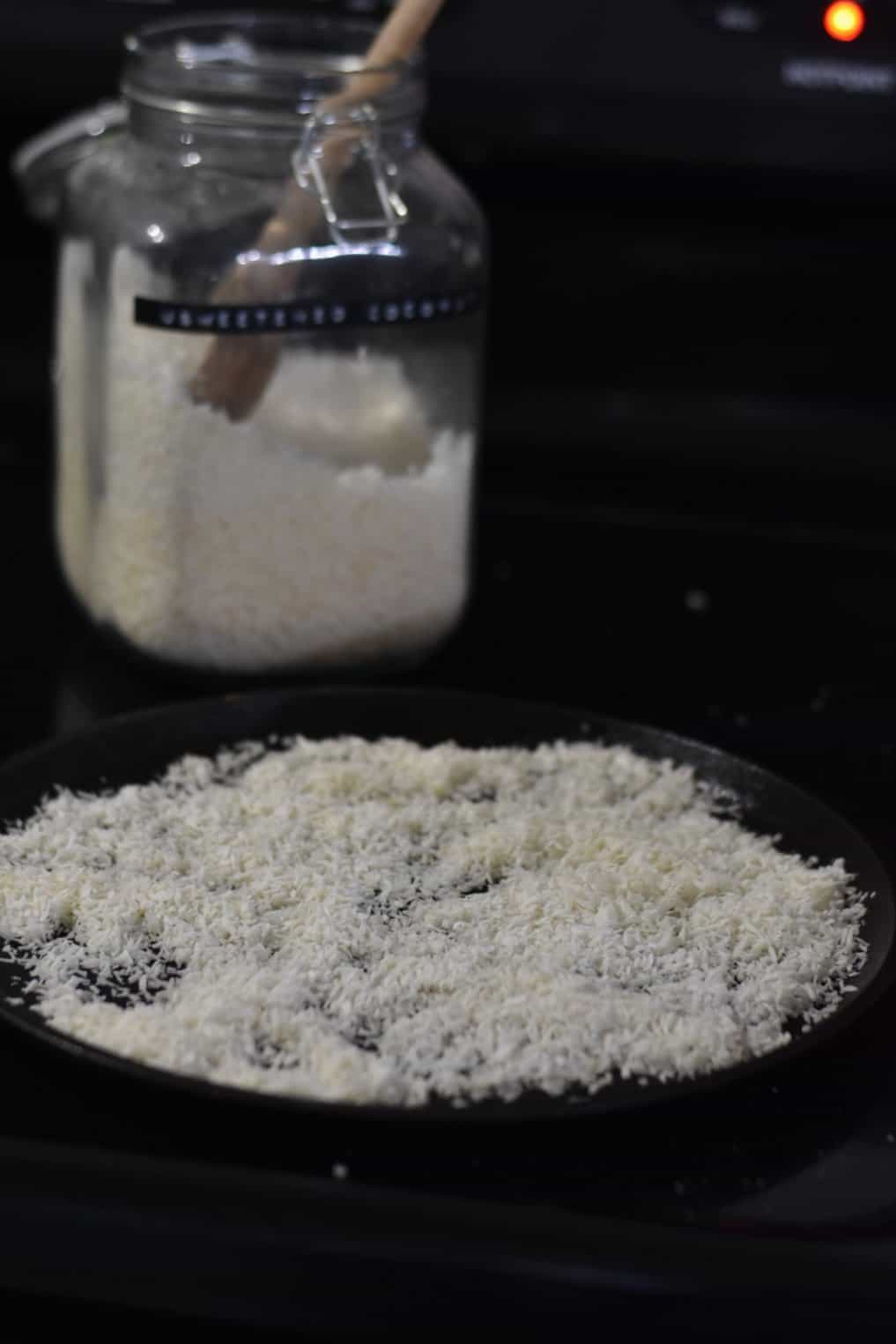 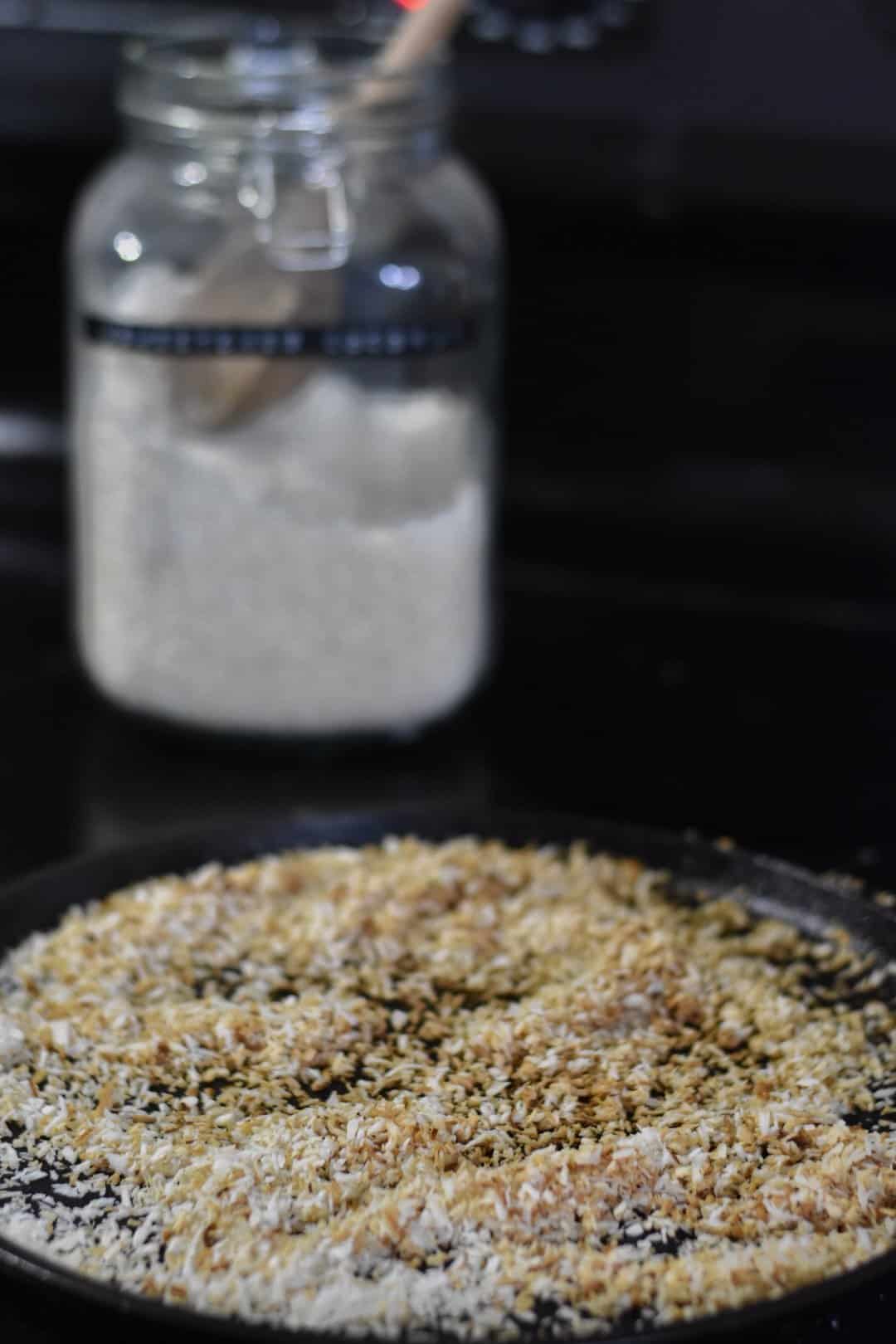 In a saucepan, over low heat melt:
1/2 cup coconut oil

Then add to oil:
2 Tbsp half n half

Whisk the milk and oil until well combined and then mix with the almond flour mixture.
Mix with your hands until a soft dough forms, then gently press it into the bottom and sides of the pie pan to form the crust.
Place the pie crust in the oven for 12-15 on 350 degrees until the crust turns a golden brown.
Set the pie crust aside, and allow to completely cool. 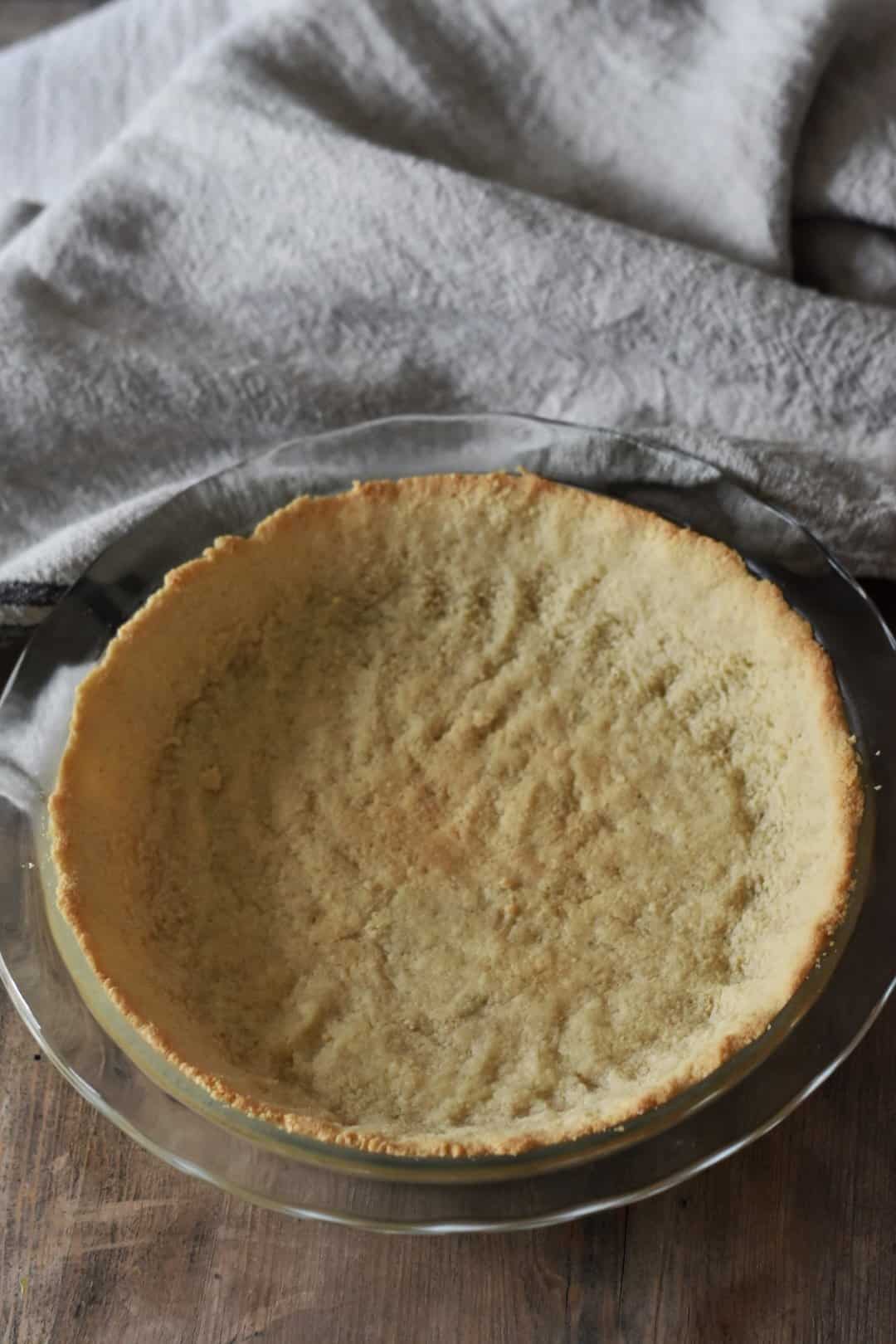 In a saucepan over medium heat, combine until sweetener has dissolved:
3/4 cup xylitol or sweetener of your choice
4 tbsp butter
1 cup half n half
1 cup heavy whipping cream

Take two cups of the sweetener mixture and mix it into the egg yolks, whisking as you pour. Then pour the egg and sweetener mixture into the pan on the stove with the rest of the sweetener mixture.
Slowly heat on medium heat, stirring constantly. DO NOT BOIL. When it begins to thicken slightly, reduce the heat to low and continue to stir until thickened – about 5 minutes.
Remove from heat, add:
1 tsp vanilla
1 cup toasted coconut
Mix well, add:
1/4 tsp xantham gum

Allow the mixture to cool to room temperature and then pour into the pie crust. Place in refrigerator for an hour.

While coconut cream mixture is in the refrigerator, make the homemade whipped topping. 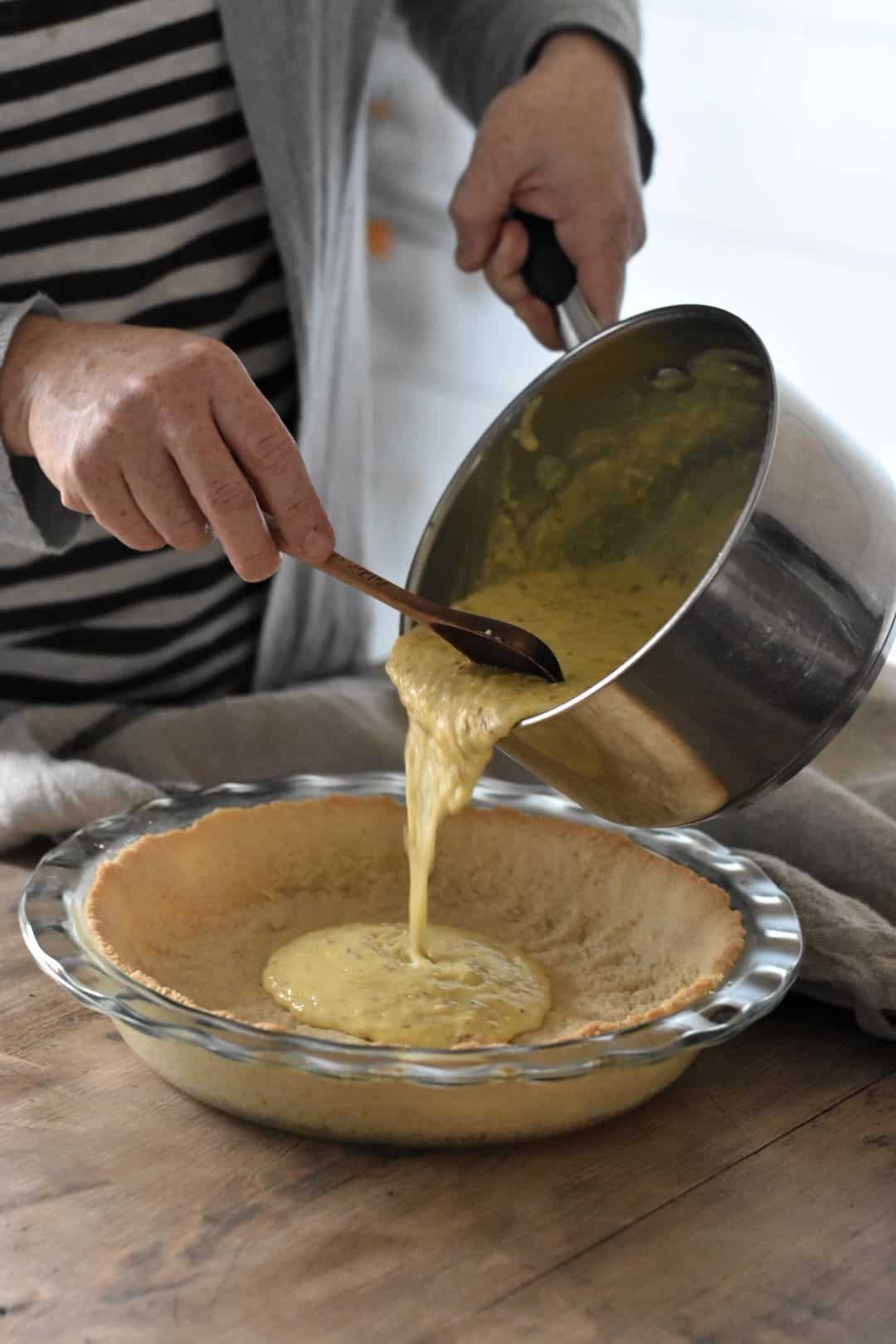 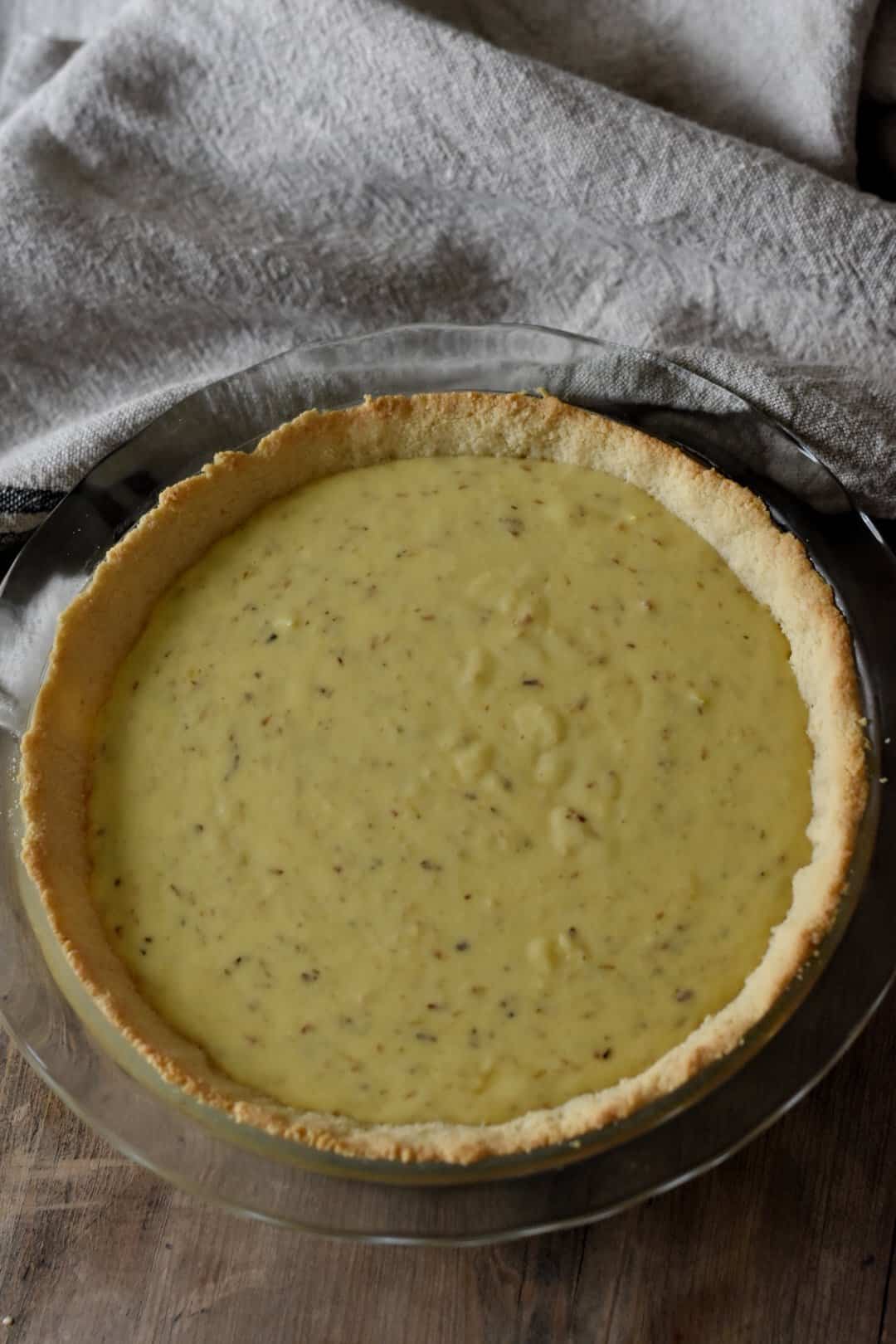 Place the mixing bowl in the refrigerator for two hours before making this homemade whipped cream.

Sprinkle on top of the whipped topping:
1/2 cup toasted coconut

Keep refrigerated until ready to serve. 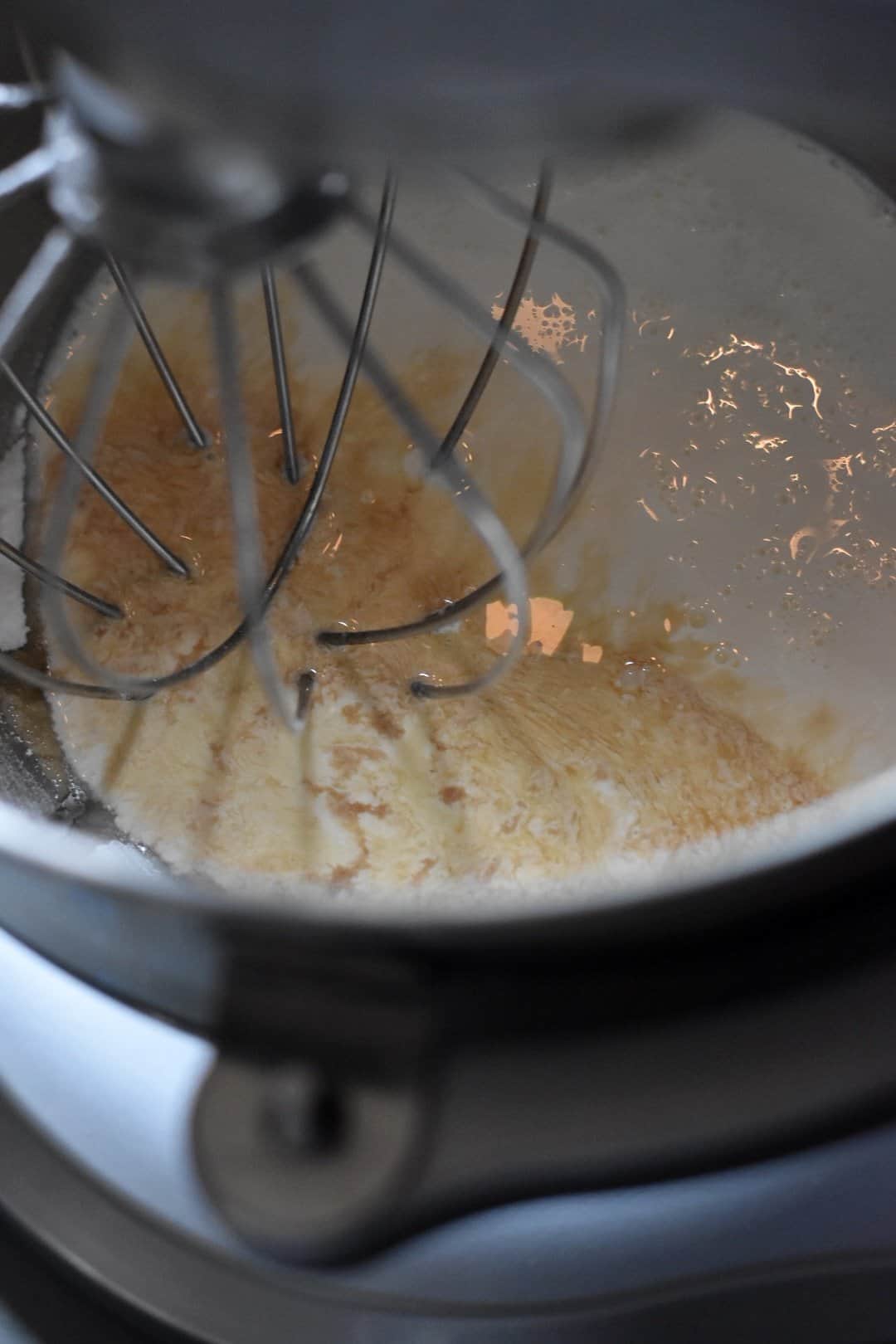 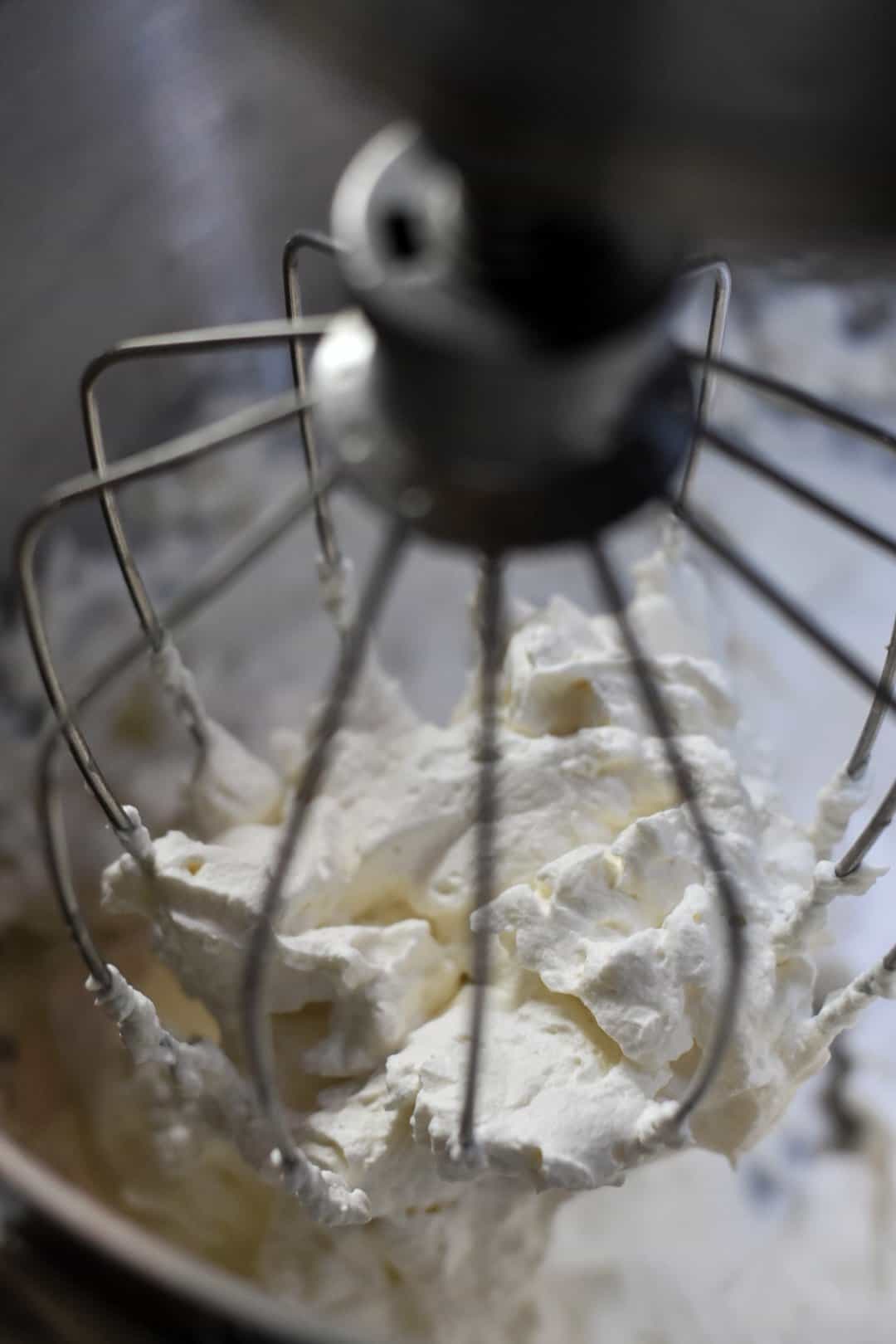 This coconut cream pie recipe is so good! If we have it in the house, I can eat an entire pie in just a few days. One of my favorite ways to enjoy this pie is with a hot cup of coffee in the mornings. I would love for you to let me know if you make this pie! I would love to hear your thoughts on it. 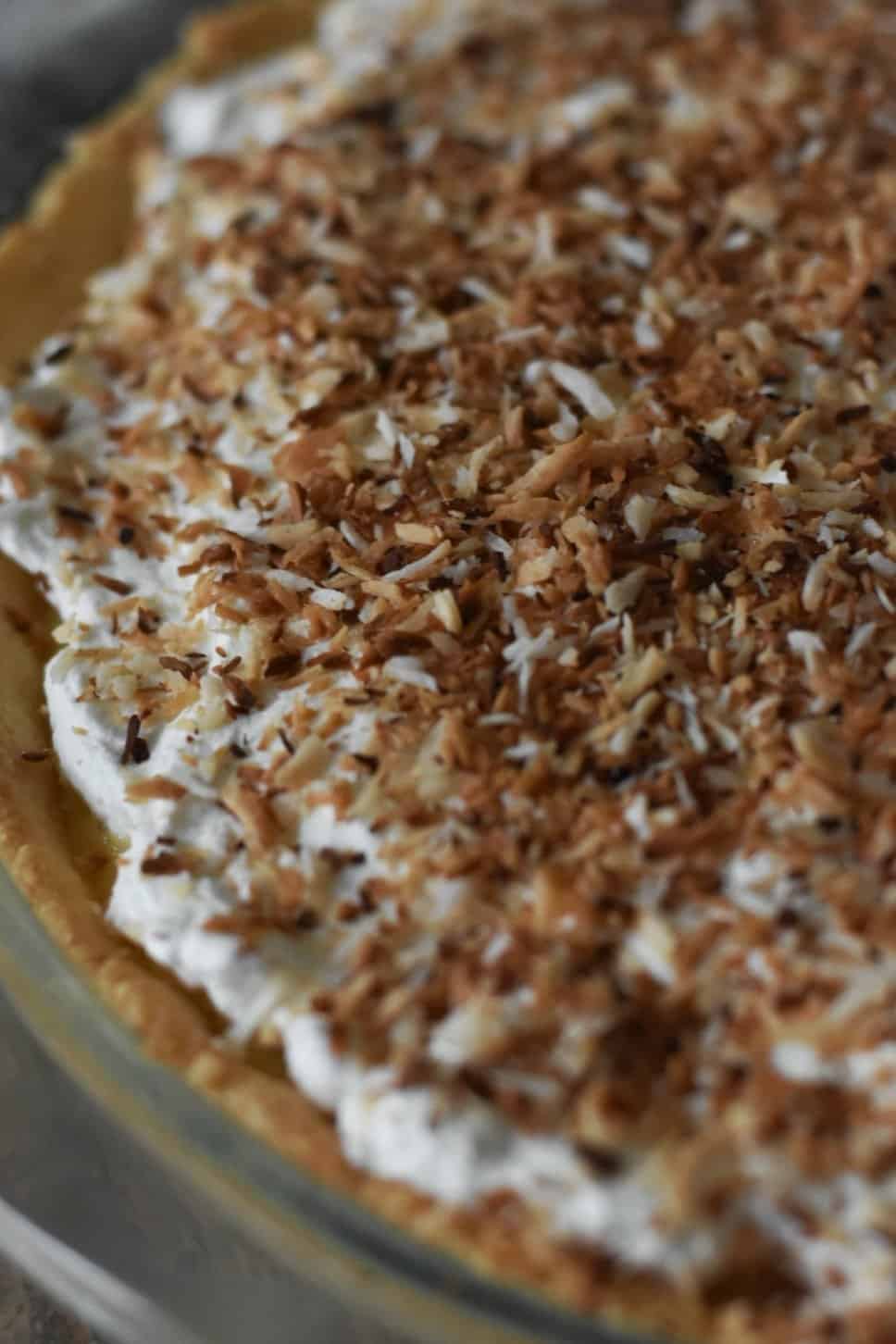 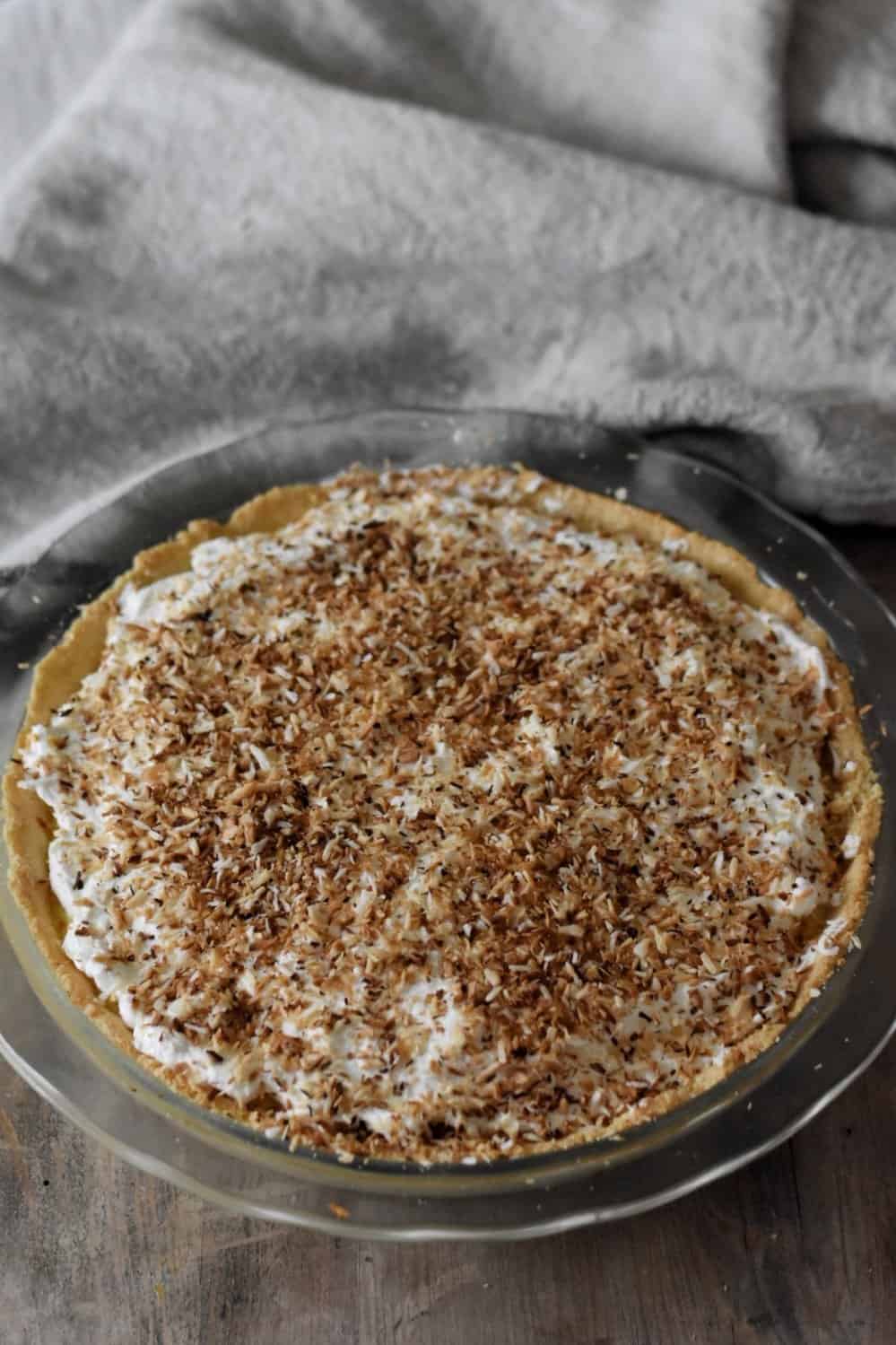 Some links on this site are affiliate links. This means that I could possibly earn a commission from purchases you make after clicking on them. Products linked are things that I have or would purchase. I may get paid for some of the content on this site. All opinions remain my own.
639 shares